Power tools and life‐science equipment manufacturer Hitachi Koki has changed its corporate name to Koki Holdings and rebranded its full line of power tools, known as Hitachi Koki, under the new HiKoki name, effective from May this year for the South African market.

“The new corporate name, Koki Holdings, is designed to maintain continuity with its current name while reflecting the multiple brands it encompasses globally. It is also meant to accelerate our investment in acquisitions that will assist us in expanding our global business,” explains power tool and hardware wholesaler Matus power tools category manager Dylan Thomas.

Matus has been distributing the Hitachi power tools since 1982 and remains the sales, marketing and distribution centre for the Southern Africa region. It has announced that it will play a leading role in the launch of the rebranding.

Thomas says the main objective of the launch is to educate the population that HiKoki is exactly the same Hitachi trusted power tool range, with no change in the quality, price and product codes, as well as warranty and repair policies.

He adds that revamping the brand name is the first step in taking the business to the next level with the support of its employees and partners globally.

The range includes the new HiKoki MultiVolt BSL 36A18 batteries, which will be equipped with the new breed of 36 V power tools, as well as most Hitachi 18 V cordless power tools. “Given the size of the battery pack, it can be concluded that it’s rated at 36 V and 2.5 Ah, or 18 V and 5 Ah,” he explains.

He points out that the compact and lightweight batteries is almost the same size and weight as an existing 18 V battery. The batteries deliver considerable cordless power when paired with 36 V and 18 V tools.

The double voltage supply of alternating current and direct current in one battery means it can be snapped into place and power on, regardless of whether 36 V or 18 V tools are used.

Meanwhile, the advantages of using the cordless power tools that the batteries are equipped with are that they are lightweight, thus making it easy to carry them around and allowing for maximum freedom during use.

In addition, by making use of a battery instead of being corded, there are “fewer cords” laying around – which means an “increased safety and a safer workplace,” concludes Thomas. 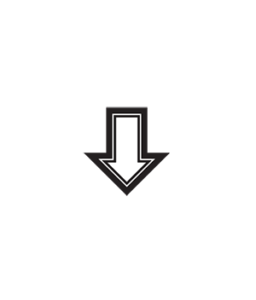 Hikoki Power Tools are distributed by Matus a Division of Brandcorp (PTY) LTD, South Africa, as a distributor for Hitachi Koki Co Ltd, are part of the global Hitachi Corporation of Japan. Hitachi Koki Co Ltd was founded in December 1948 as a manufacturer of coal mining machinery and equipment and electric power tools.